The Cretaceous Mesozoic final period began at 145.5 million years ago and ended at 65.5 million years ago, after 79.5 million years. During this period, the continent was separated by the ocean and the earth became warm and dry. Flowering plants, the largest dinosaurs, many new dinosaur species began to appear, dinosaurs still rule the land, pterosaurs glides in the sky, and huge marine reptiles dominate the shallow sea. The earliest snakes, moths, and bees, as well as many new small mammals, also appeared. What do you know about this century? The Museum Dinosaur Manufacturer will come to you for science. 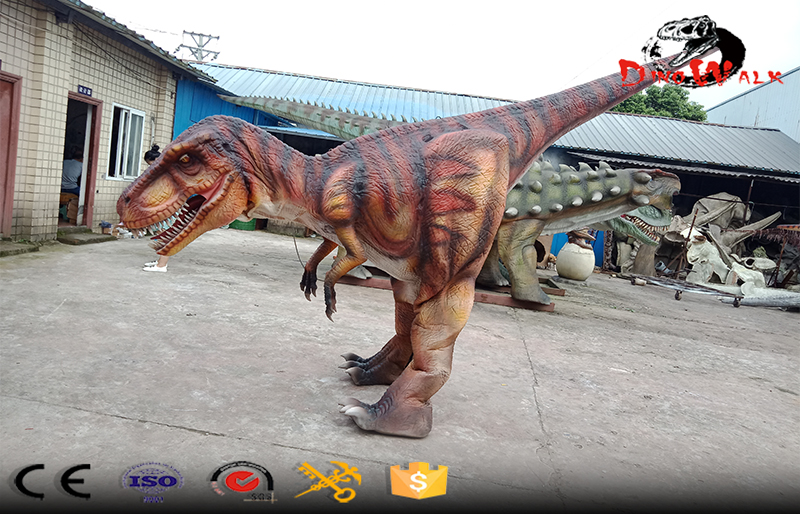 The Cretaceous climate is quite warm and the sea level changes greatly. There are dinosaurs on the land, and the sea is home to marine reptiles, ammonites, and thick clams. New mammals, birds, and flowering plants have also appeared for the first time. The Cretaceous-Tertiary extinction event was one of the most serious mass extinctions in the geological age, with most species including dinosaurs dying. Nowadays, to watch these giant species, they can only be found in dinosaur theme parks. Advanced technology has also made Animatronic Dinosaur, making this extinct species reappear in front of us.

The oxygen content of the atmosphere during the Cretaceous period is now 150%, the carbon dioxide content is six times that before the industrial era, and the temperature is 4 °C higher than today.

The Cretaceous was proposed in 1822 by Belgian geologists studying the Paris Basin. Its name in Latin means “clay”, meaning the common white peony in the Upper Cretaceous strata, deposited from the calcium carbonate of the shellfish in marine invertebrates, especially the spherulites. These chalk clay layers can be found in continental Europe and the British Isles (especially the famous white cliffs of Dover).

The reptiles in vertebrates have gone from extreme to decline, mainly including tyrannosaurus (Tyrannosaurus), Triceratops, and Qingdao Dragon. The Jurassic hard scale fish were replaced by real bone fish. Among the marine invertebrates, planktonic foraminifera has emerged as an important basis for the division of the Middle and Late marine strata in the Cretaceous. Many standardized stones have also appeared in the benthic large foraminifera. Ammonites and arrow stones evolve rapidly and distinctly, and are widely distributed. They are traditionally divided and standardized stones. The group of benthic scorpions can form reefs, which are typical warm-water fauna, found in the Upper Cretaceous strata of Tibet and southern Xinjiang. Sea urchins are quite prosperous in the Tethys Sea, with a few standard species. Corals and brachiopods are secondary to the Cretaceous. Freshwater invertebrates are also abundant, such as the rapid evolution of the ostracods and leaf limbs of crustaceans, the widespread distribution of snails and mites in molluscs, and the fossils of insects and freshwater algae, many of which can become The classification of the standardized stone in the continental stratum plays an important role in the exploration of mineral resources such as geological mapping, oil and coal.

The above is about the science of the dinosaur century Cretaceous. It is a pity that the dinosaurs are extinct, but you can also make people reconsider it by making animated dinosaurs. If you are interested in simulating dinosaurs, you can contact us and we can provide realistic dinosaur models. For people to watch, there are also Dinosaur Costume to add fun, welcome you.

Previous: The Dinosaur Museum Inspired Children
Next: Why Are Dinosaurs Huge?