The Journey of Searching for Dinosaur Footprints

In ancient times, many people must have seen the footprints of dinosaurs, but there was no written record. Most transcript of the dinosaur footprint is found in 1802 AD, which is almost 200 years away today. At the time, American Pliny Moody lived in South Hadley, Massachusetts, and worked on his father's farm. One day, he dug a stone slab with five small footprints while cultivating the land. This unusual discovery immediately aroused great interest from Moody's family. Everyone had a heated discussion on this and finally decided to use it as a decoration for the entrance and exit of the farm. In this way, this slate with dinosaur footprints became ornaments until Moody left home to go to college in 1809. Later, this stone slab was bought by Elihu Dwight. If the doctor got the best treasure, he often showed it to the visitors. He thought it was the footprint of the Hebrew patriarch Noah's dodo, a bird called the Great Black Duck. Thirty years later, the specimen was obtained by Edward Hitchcock, a professor at Amherst College in Massachusetts, USA. At that time, he was concentrating on studying a batch of fossil footprints found in the red sandstone of the Connecticut River Canyon. Hitchcock named the footprints on this stone slab the bone-footed chicken bird footprint, which he thought was very similar to a bird footprint in the United States called Harrier bird. 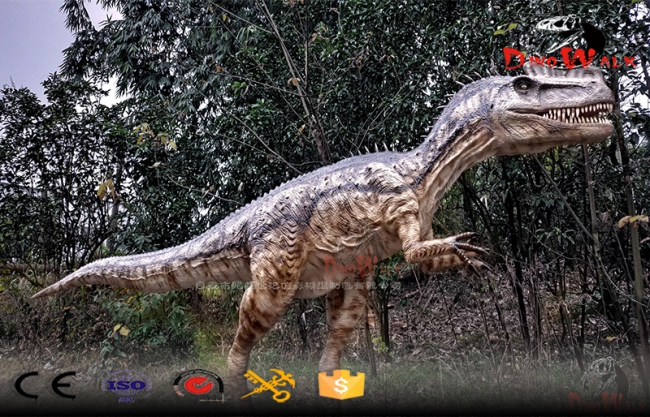 Hitchcock researched and identified many footprint fossils. In 1836, he first published a report on the footprints found in the Connecticut River Canyon. In the report, he described the footprints of seven species of giant birds, pointing out that they are the footprints of fossil birds before the Great Flood in the Bible, and named them as stone birds. Later, he published successive reports on these fossil footprints in 1841, 1843, and 1844, describing them as birds. But in the end, even he himself doubted whether this identification was correct. For example, he mentioned in a paper published in 1858 that due to the lack of evidence (the archaeopteryx fossils were not found at that time), those footprints could not be considered as those of birds.

After the discovery of the fossil of Archaeopteryx in 1861, he finally realized that his identification was wrong in the past. But due to the limitation of the times, he failed to point out that it was the footprint of some dinosaurs. We have already mentioned that in 1841, Richard Owen of Britain first proposed the existence of ancient creatures such as dinosaurs in ancient times. The dinosaur footprint was first discovered in the UK in 1846, but it was not officially identified as the Iguanodon footprint until 1862. On December 31, 1867, the famous American dinosaur expert Science first proposed that the footprint fossils identified by Hitchcock should belong to theropod carnivorous dinosaurs, and Hitchcock's identification was wrong. However, after all, he was the first person in the history of science to study fossil footprints. As of 1863, at least 8,000 dinosaur footprints have been described in his writings, and more than 20,000 dinosaur footprints have been compared through his research. He also founded the Fossil Footprint Museum exclusively at Amherst College, which provided great convenience for future generations to study the footprints of dinosaurs. When he studied those footprints, for the first time, he classified them according to the systematic taxonomy of biology and classified them into corresponding genera and species. It was he who founded the Genus And species Of footprints. Therefore, calling him the founder of the Mesozoic fossil footprint, especially the dinosaur footprint, is not a word of praise.

The above information is provided by the dino animatronic models factory. We specialize in the production of dilophosaurus animatronic dinosaur. If you have interest in our product, please contact us.

Previous: How To Make Animated Dinosaurs More Realistic?
Next: What Determines the Service Life of the Animatronic Dinosaur Simulation Model?