A three-toed dinosaur footprint was accidentally found under the reddish-brown weathered soil layer covered by the slope during the exploration of an inconspicuous hill next to Longxiang Avenue in Shanghang County, Fujian Province.

All large groups of dinosaurs have been found in China, and the lizard-footed dinosaurs are no exception. The familiar Mamenchisaurus, as well as the amazing Lingwulong shenqi, which was newly reported this year.

Mamenchisaurus is the most famous large dinosaur found in China, with a long neck and tail, and walked on four pillar-like legs. Mamenchisaurus may seem dumb and lacking in self-defense, but it actually had its own killer feature, the tail hammer that grew at the end of its tail!

Mamenchisaurus, known as "Asia's First Dragon", was discovered more than half a century ago, in 1952, when a construction team building a highway in Yibin, Sichuan Province, accidentally discovered a dinosaur fossil when they blew up a mountain to make a road.

In 2004, some fossil fragments of the lizard-footed dinosaur were found in the Liujiaxia area of Lanzhou, Gansu Province, and were designated as Huanghetitan liujiaxiaensis, which included the left scapula, some rib fragments, an almost complete sacral vertebra and two tail vertebrae. With a body length of about 15 meters, the Liujiaxia Huanghe giant dragon is only a small lizard foot 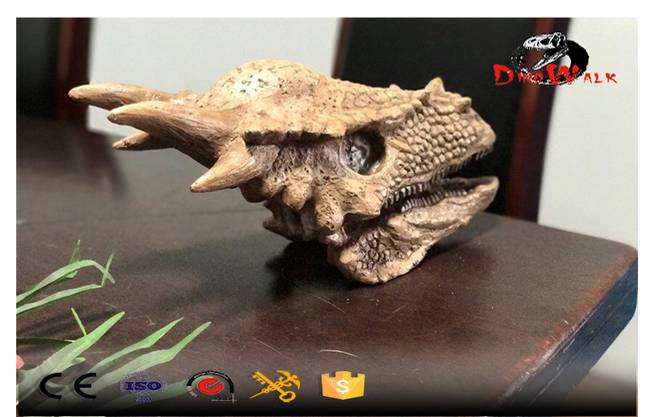 Why do people want to study dragons?

Dinosaur footprints have been found all over the world, like in Fujian, China, and Taiwan.

Dinosaurs are an ancient class of reptiles that appeared in the Triassic period more than 200 million years ago and became extinct at the end of the Cretaceous period 65 million years ago, dominating the Earth for 160 million years. Therefore, we have to study the ins and outs of the formation and evolution of dinosaurs on Earth, mainly to study the development of dinosaurs from survival, reproduction, evolution to destruction, from which we grasp its laws, for the protection of the environment, the protection of our home on which we depend on is of great significance.

DinoWalk Science & Technology Inc. was established in 2008, Located in Zigong city Sichuan province of China. As a dinosaur fossil head replica model manufacturer, we can customize all kinds of dinosaurs,please contact us.

Previous: What Caused the Extinction of Dinosaurs?
Next: Bigger and Heavier Dinosaurs Should have Existed