What Caused the Extinction of Dinosaurs?

From novels to movies, from the archaeological excavation of dinosaur fossils to dinosaur's fossil replicate for the museum, the existence of dinosaurs is full of mystery. The main reason is not that they have ruled the earth's land and even marine ecosystems for 160 million years. What is more fascinating is the mystery of their extinction. Because human beings care more about their own survival and safety than overlords, and studying the development of dinosaurs can give human survival enlightenment and allow human species civilization to continue.

About 65 million years ago, the giant creature at the top of the terrestrial food chain, the dinosaur "suddenly" became extinct. As the later human scientists of intelligent life, there was a great controversy about this. Some people think that it is a threat to the safety of the universe, and the hypothesis that asteroids hit the earth comes from this. Some people think that it is because the fart of dinosaurs cannot dissipate for a long time, resulting in excessive carbon dioxide concentration and suffocation. It is too low and the egg production rate is low. Some people even believe that the discovery of dinosaur meat by an advanced civilization accidentally on the earth is particularly delicious, leading to the extinction of dinosaurs. The evidence is that laser cutting marks were found on rocks in the Arctic tens of millions of years ago. 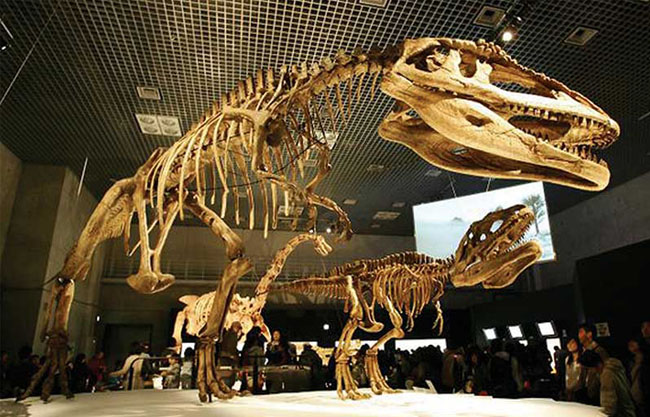 At present, the scientific community believes that the most reasonable hypothesis is the theory of asteroid impact. About 6,500 years ago, a strong light flashed in the sky. Many asteroids hit the earth like a cannonball. This impact even broke the crust and caused a magma volcanic eruption. Suddenly everywhere, volcanic ash and the concentration of carbon dioxide continued to rise, and the chain reaction after another made the dinosaurs miserable.

DinoWalk Science & Technology Inc. Was established in 2008, Located in Zigong city Sichuan province of China. As the dinosaur's fossil replicate manufacturer, we can customize all kinds of dinosaurs,

If you want to get more information about good quality dinosaur's fossil replicate, please contact us.