The production process of animated dinosaurs is very complicated, including dinosaur models, dinosaur skeletons, dinosaur actions, dinosaur skins and other processes. The Museum Dinosaur Manufacturer will give you a detailed introduction below.

1. The shape of the internal steel structure is a step in the production of animated dinosaurs. This is an important process because it determines the proportion of the dinosaur shape and requires the installation of a transmission motor to achieve smooth dinosaur motion. Since the welder is required to use the rebar for welding, this time usually takes 2-4 days.

2. The carving of the dinosaur muscle shape is based on transfer welding. The engraving machine glues the entire sponge together and sculpts with an engraving knife. When sculpting, refer to the restoration map or the dinosaur specimen released by the institution to complete the sculpting of the skin texture. This process takes 2-3 days. 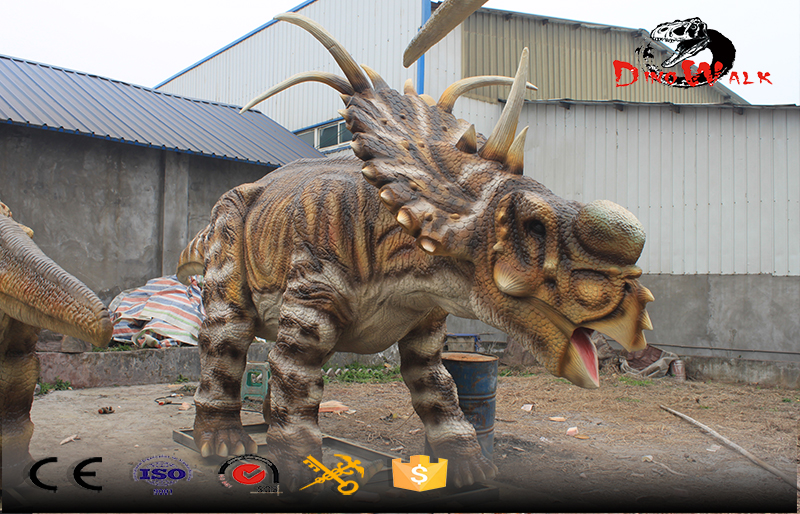 5. Choice of Animatronic Dinosaur skeleton. Popular science animated dinosaurs mainly make dinosaur models called kinetic dinosaurs through modern restoration techniques, mainly for children to make dinosaur-related science popularization knowledge. Some manufacturers like personalization, and often create dinosaur forms that some scientists have not studied. It is okay to watch them in scenic parks, but if they are not popular science exhibitions, this kind of animated dinosaurs will seriously mislead children's perception. There is something wrong with the children. So we must choose some popular dinosaurs as science.

Generally, popular science animated dinosaurs will be electric for good-looking. After being powered on, dinosaurs can make noises. Children are curious. For this electric mechanical animation dinosaur, some children will reach into the mouth of the dinosaur and have hard teeth. To cause harm to children, the teeth of science popular animation dinosaurs should use silicone soft.