Why Did Dinosaurs Go Extinct?

A wealth of fossil bones, teeth, tracks and other conclusive evidence suggests that the Earth was dinosaur territory for at least 230 million years. To date, however, no traces of dinosaur remains have been found in rocks less than 66 million years old. By then, all non-avian dinosaurs seemed to have suddenly ceased to exist as the Cretaceous succumbed to the Palaeocene.

With them came the fearsome marine reptiles such as Cangosaurus, Ichthyosaurus and Snake-necked Dragon, as well as all the flying reptiles known as pterosaurs. Ancient forests seem to have burned out over much of the planet. While some mammals, birds, small reptiles, fish and amphibians survived, the diversity of the remaining life forms declined dramatically. Overall, this mass extinction event claimed three quarters of all life on Earth. 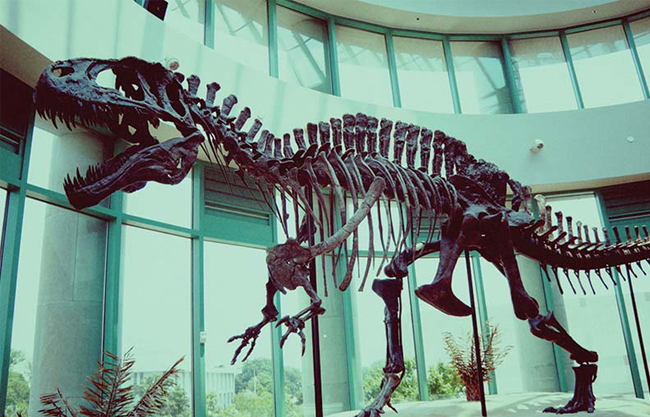 More than a thousand species of dinosaurs once roamed the Earth. Learn which were the largest and which were the smallest, what dinosaurs ate, how they behaved, and surprising facts about their dinosaur extinction. Piecing together what happened is a huge effort for paleontologists, and theories about what killed the dinosaurs and other Cretaceous inhabitants of the planet range from the plausible to the downright hilarious. There are currently two main points of view being debated within the scientific community: were the dinosaurs victims of interplanetary violence, or was it more of a disaster on Earth?

Death from the top down

One of the best-known theories of dinosaur death is the Alvarez hypothesis, named after father and son duo Louis and Walter Alvarez. In 1980, the two scientists put forward the idea that a mountain-sized meteor struck the Earth 66 million years ago, filling the atmosphere with gas, dust and debris and completely changing the climate. 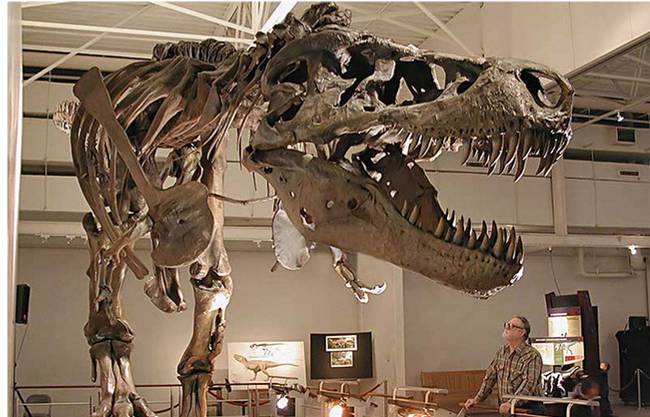 Their key evidence was the unusually high levels of metallic iridium in the Cretaceous-Paleocene or K-Pg layer, a geological boundary zone that appears to overlie any known rock layers containing dinosaur fossils. The relative scarcity of iridium in the Earth's crust, but the higher levels in stony meteorites, led the Alvarezes to conclude that the mass extinction was caused by an extraterrestrial object. The theory gained more momentum when scientists were able to link the extinction event to a huge impact crater off the coast of Mexico's Yucatan Peninsula. About 93 miles wide, the Hixulub crater seems to be the right size and age for the dinosaur extinction event.

In 2016, scientists drilled a core in the submerged portion of Hixulub, extracting a sample that extended deep into the seabed. This rare glimpse into the crater's interior suggests that the impact was powerful enough to vent deadly vaporised rock and gas into the atmosphere, and that the effects would have lasted for years.In 2019, paleontologists digging in North Dakota discovered a treasure trove of fossils extremely close to the K-Pg boundary, essentially capturing the remains of an entire ecosystem that existed shortly before the mass extinction. Remarkably, the layer containing the fossils contains a large number of tiny glass fragments called tektite - chunks of molten rock, probably caused by impacts, that solidified in the atmosphere and then landed on Earth.

DinoWalk is a top dinosaur electronic animation manufacturer in China, producing a variety of products such as robot dinosaurs, animatronic dinosaurs, dinosaur fossils replicas, and more.  For more information, please visit the company's official website. If you want to get more information about the dinosaur fossils replicas for sale, welcome to contact us.

Previous: How to Choose A Realistic Electronic Animatronic Dinosaur?
Next: History of Dinosaurs