In literature or in restoration drawings, dinosaurs are often portrayed as vicious beasts, their mouths open wide, their sharp teeth exposed and their blood-red tongues fiercely wrapped in a harsh whine and tittering as they reach out for their poor prey, like a giant, crazed lizards. However, new research has revealed the error implied in this classic image: dinosaurs did not stick their tongues out of their mouths as freely as lizards. Instead, their tongues were probably fixed at the base of their mouths, short and flat, like alligators, and could not stick out of their mouths. It may be time to redesign the animated dinosaurs model.

Based on the affinities between dinosaurs, pterosaurs and modern crocodiles and birds, the work compares the hyoid bones and associated muscles of dinosaurs, pterosaurs, alligators and modern birds, and the evolutionary trends of these traits across different lineages. The comparative anatomy was carried out using high precision X-ray tomography and enhanced CT angiography from the Jackson Institute, as well as 3D reconstruction.

The comparative specimens in this study include a large number of modern hyoids from three alligators and 13 modern bird species (snipe, emu, duck and quail).

Also included are hyoids from 11 fossil species, mainly from the Jehol Biota of China, including small bird-like dinosaurs, pterosaurs and even Tyrannosaurus rex, and these specimens are particularly valuable because of the rarity of hyoid preservation in fossils. 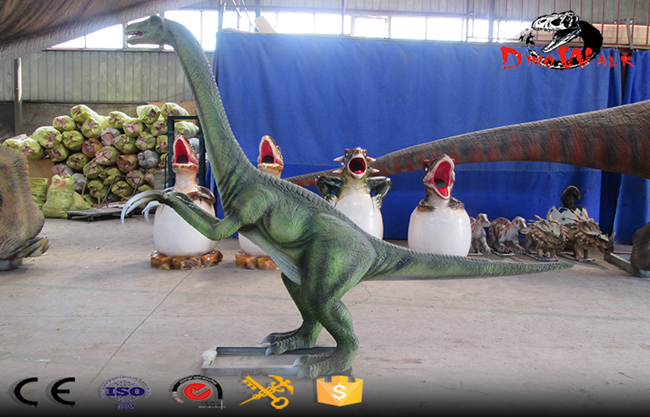 From the above comparisons, the following conclusions can be drawn. The hyoid bones of most dinosaurs were similar to those of alligators, being short and simple and unable to support the free movement of the tongue. That the shape of the hyoid bone was diverse among pterosaurs, bird-like dinosaurs and even among birds themselves.

the increased flexibility of the hyoid bone is likely to be associated with flight, which greatly expanded the feeding habitat of these taxa.

The hyoid bone and hyoid apparatus of birds have a surprisingly diverse range of adaptive features, in many cases related to feeding patterns, and can be considered a bird feeding artefact. For example, if you cannot use your hands to handle food, this is where the tongue may become an important food-handling aid.

During the evolution of dinosaurs towards birds, they acquired a complex as well as a dexterous bony tongue. With the divergence of the habitats of modern birds, the hyoid was further highly differentiated, showing a variety of adaptive features related to feedings, such as ducks, woodpeckers and hummingbirds.

In the woodpecker, the tongue can pass from the maxilla, between the nostrils and the eyes, then around the brain back to the mandible and finally out of the mouth.

If you want to get more information about high-quality animatronic dinosaur model, please contact us.

Previous: Learn about Ancient Dinosaurs through Fossils
Next: Tyrannosaurus Rex in Jurassic Park